Room 61 was a site-specific performance at the National Gallery, as part of Soundscapes Late. The event took place in Room 61 of the Sainsbury Wing (see floor plan) in September 2015. As a live response to images in these galleries, the piece includes growling lions, lute music, readings from a Middle Age treatise on painting and a selections of publications on sound art publications. 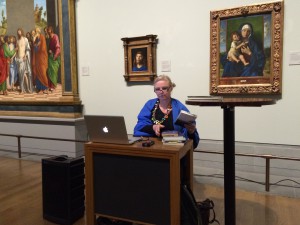 Notes on the process:

Initially I had intended to conduct a walk whilst performing a series of improvised live soundscape in front of selected images from Room 61, Room 62, Room 63 and Room 64. So, prior to the performance I went and explored the galleries. As I moved a round I took notes on the paintings content (see image below), thinking that perhaps doing something based on animal sounds would be a fun thing to do, juxtaposing the serene religious content with sounds of every-day life.

I imagined the animals depicted not in their symbolic context, but going about their business, say sheep baa-ing, which brought out an almost absurd strand for me. This reminded me of David Toop’s book Sinister Resonance, in which he explores the potential for sound to be experienced as uncanny as well as the history of the audible world through silent artfefacts such as paintings. Books were also frequently shown in the paintings. As a result, the idea of using readings from “canonical”  sound art texts alongside selected sounds took shape. That said, whilst the “sonic” content (not that read texts aren’t…) relate rather directly, the texts refer to the images more obliquely – I’ve written a little more about the relationship below.

In the end, due to health and safety concerns, I had to switch to a fixed location in Room 61. Hence the title – and choice of outfit. It also meant that I created a fixed composition of sounds which includes an extract of lute music, Jacopo Gianninoto playing Toccata arpeggiata II (Kapspeger). Field recordings are partially my own and partially downloaded from the Freesound Project.

Notes on the texts:

The books I read from in the excerpt below are:

The initial extract appealed because of its very painterly nature. When reading, I see images in my mind that evoke the described location, imagined sound imagining image. Real images in the gallery juxtaposed with images of a different time evoked by reading a text. In fact, Room 61 emerged as a large field of juxtapositions.

The second extract you hear is from a Felicity Ford interview describes her perspective on field-recordings, that is how recordings of sheep and so on come about in the first place. She talks about it as a way of engaging with site-specificity – and Room 61 is a site-specific piece. She also talks about the stillness required to capture sound. The physical stillness of an image is mirrored by stillness of  the mind that allows us to receive our environments, rather than impose ourselves onto it.

In Toop’s extract about Hans Christian Andersen’s sandman we witness how inanimate objects are brought to life, they begin to speak just as the objects and animals do in my performance.

Whilst Voegelin’s talks about Henri Bergson “saw” the relationship between the senses and perception. For me this point to the place in between the actual air displacement that is picked up by our hearing apparatus and what we in the end make of it – the dance between experience and concept. 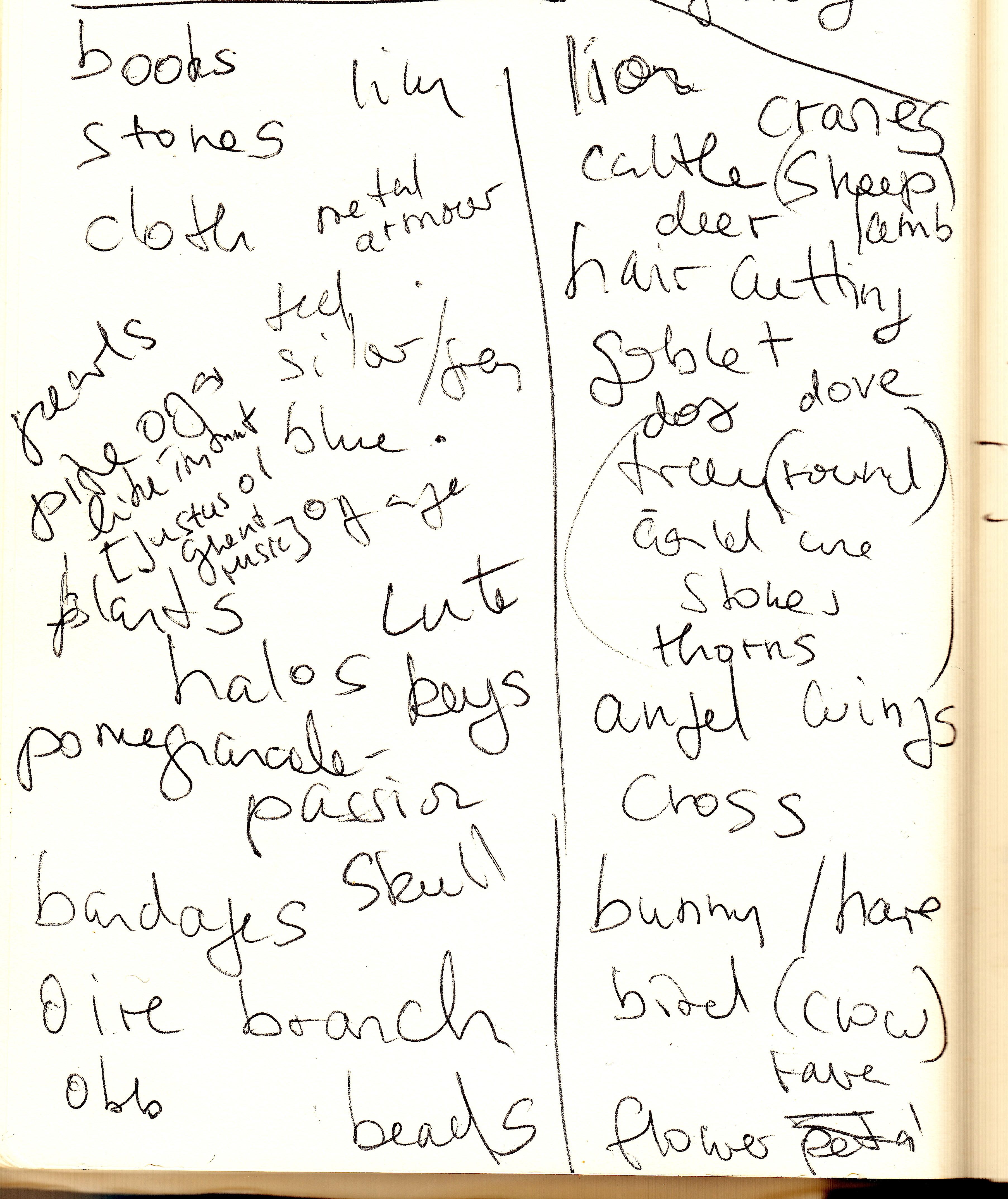